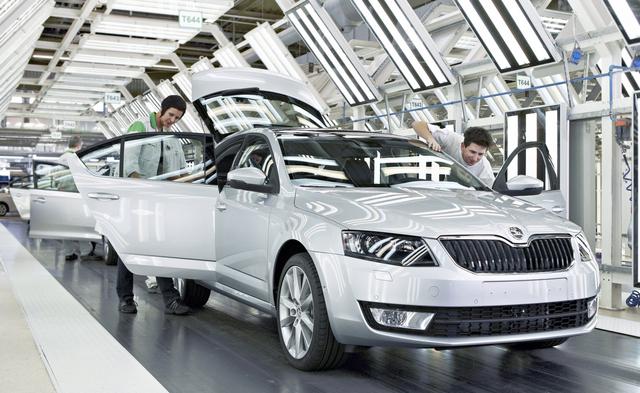 Ranges of these projects include modifications of conveyor systems skid transportation systems and EHB of for a car body in a welding body shops, paint shops and at final assembly dept., and also the implementations of robots into paint shop lines and UBS lines (anticorrosive protection of chassis) and starting the systems of the wireless identification of MOBY-E car body, monitoring and the optimization of recourses control in production of the body. The vast professional experience in the subject range is reflected by following projects realized for:

The range of realized projects included modernization or preparation of control systems applicable at all stages of the car body production, and among others, following tasks:

Control System for the high-storing magazine for a varnish workshop.

The preparation of the M11A and M11B workshops for new ©koda Octavia production.

The modernization of the varnish cabin at the BC (Base Coat) basic color line – spraymate or AIR. The exchange of the standart varnish AIR machine fo three Duerr robots.

Control and Monitoring system of Varnish Workshop in Skoda OCTAVIA and FELICIA.